In a “season with a difference”, our thoughts have turned from who’s playing well and who’s not… who’s injured or who needs to have a spell in the twos towards who have been the best over the journey.
In the recent best 50 VFL players in the past 20 years conducted by Leader Press, Uni Blues find themselves being represented by none other than dual Best and Fairest winner and current assistant coach; Pete Summers at number 29… and Dom Gleeson, brother of club legend, Quinton at number 44. 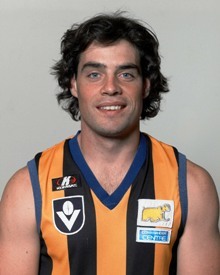 Pete played 101 games between 2012 and 2018. During this time Pete was a members of the 2014 B Grade Premiership team and collected a couple of Best and Fairest trophies along the way. He was also a VAFA State player in 2015.
Dom played a handful of games in 2002, beside his “big brother”, before moving on to a long and decorated VFL career which included multiple Best and Fairest awards at Werribee and premiership success at Geelong. More recently Dom has replicated Quinton’s coaching success when leading Torquay to the 2017 premiership in the Ballarine league.
Congratulations to both of these Uni Blues Alumni.
Read the full article HERE