The 2018 season came to a spectacular climax on Friday evening at the Citipower Centre, Junction Oval with Ayce Cordy taking out the C.W McLoed cup for the Best and Fairest in the seniors for 2018. This win follows hot on the heels of his win in the VAFA Woodrow Medal for the best player in VAFA Premier Grade.
Ayce won a thrilling vote count polling 192 votes to win by 29 votes from Jeremy Taylor in second place on 161.  Both players polled in 14 of the 18 rounds with Ayce securing votes in round 18 to ensure the victory. 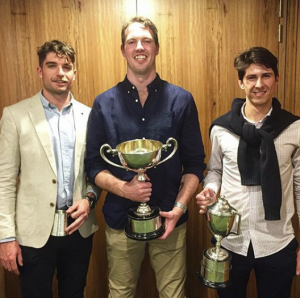 Early runaway leader, Ryan Eade finished third on 133, with Connor Lappin (125)  and Paddy Hayes (110) rounding out the top five finishers. Perennial vote winning, Ross Young, finished next on 95 after a season marred by injury.
In accepting the award, Ayce thanked the coaches for their guidance and support, and thanked the players for the way they welcomed him into the club. 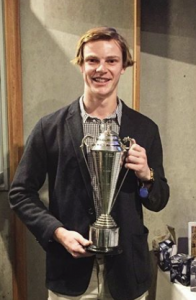