We are thrilled to announce the following coaching appointments for 2022:

Guy Martyn is a senior premiership coach at St Kevin’s Old Boys and has a fantastic track record in premier grade amateur football. He has a great passion and understanding of the game which he combines with his people and communication skills to deliver outstanding results, on and off the field.

Guy teaches VCE psychology and physical education at St Bede’s. To quote Guy, “I am very excited to have the opportunity to coach at Uni Blues which has a long and proud history in amateur football. With a strong playing list and some incredibly talented young footballers coming through, the future is very bright. I look forward to being part of that future and to get to know the playing group and supporters. It will be great to get back to football in 2022”.

Welcome to the Uni Blues Guy (or Marto for the familiar and friendly). 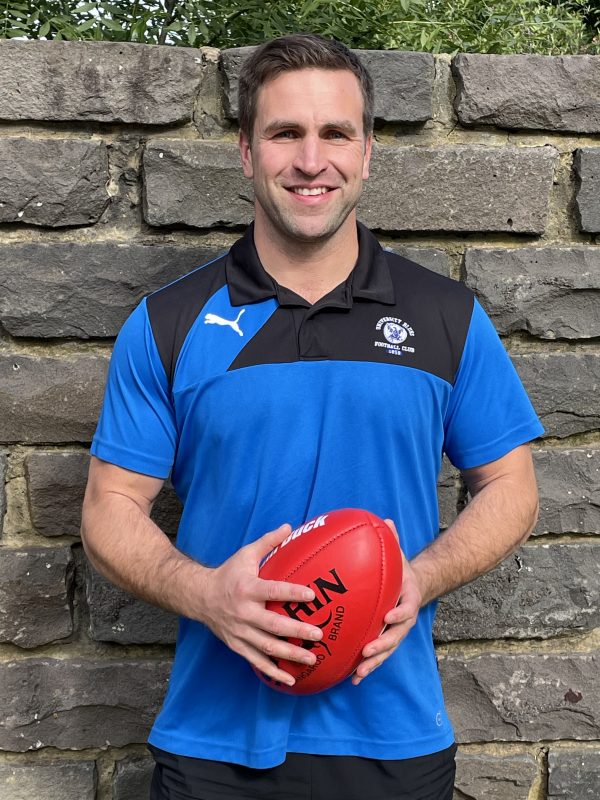 Guy is a graduate of Melbourne University having completed his Diploma of Education prior to embarking on his teaching career.

Guy will be joined in the coaches box by another Melbourne University graduate and alumni of the Melb Uni’s Elite Athletes Program, Dan Currie

Dan Currie was the senior midfield coach at St Kevin’s Old Boys during a very successful period under Guy, including the 2018 premiership. Dan works at KPMG in their Governance, Risk and Controls Advisory team and is looking forward to reuniting with a couple of our players who were former teammates of his at North Melbourne and the Gold Coast Suns. Great to have you on board Dan (aka Cuz).

Great news for our footy club.

We welcome Guy and his partner Ashleigh along with Dan and Elle to Uni Blues.